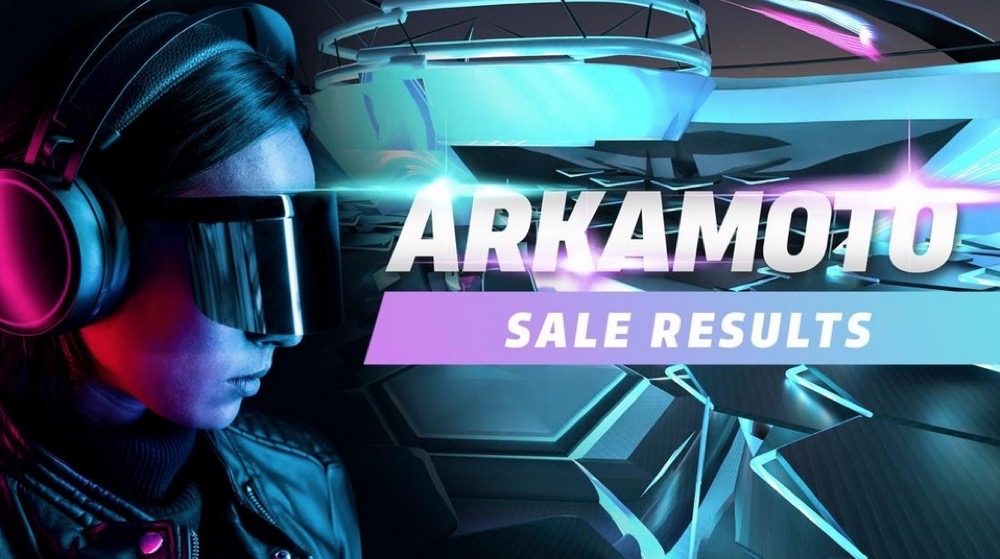 RFOX has concluded the sale of SHOPs in the Arkamoto gaming-inspired quarter of the RFOX VALT metaverse as of December 11, 2021, at 12 AM GMT+8.

Ho Chi Minh, Vietnam, 11th December 2021 – Metaverse company RFOX (RedFOX Labs) announced today the results of the successful auction of virtual land assets, called SHOPs, in its RFOX VALT metaverse, as well as the consolidation of its corporate and consumer offerings under the umbrella brand RFOX. As a result, 25 SHOPs in the metaverse’s Arkamoto gaming-inspired quarter have been sold to the public for a total of 291.4891 ETH (USD 1,219,354). Meanwhile, pursuant to the brand evolution, RFOX relaunched its official company website under the new domain RFOX.com.

We are spending 45% of the ETH proceeds to buy back RFOX tokens from the open market. From these purchased tokens, about 1,391,090.21 RFOX are allocated for rewards to VFOX holders, while around 927,392.41 RFOX will be burned, respectively improving incentivization and token economics for RFOX. Here are the winning bids for each SHOP: 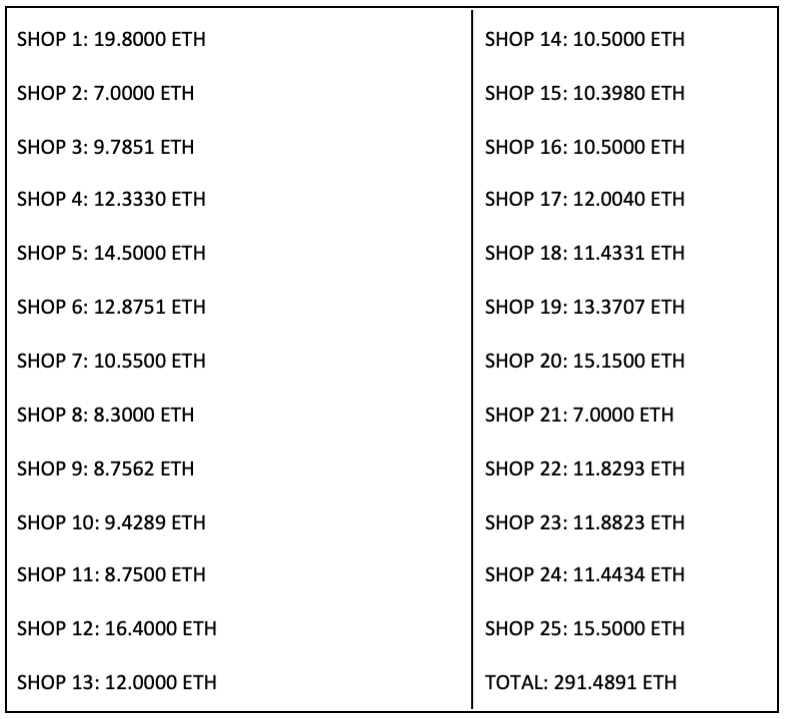 The RFOX VALT team has distributed the SHOP NFTs to the winning bidders immediately after the close of the auctions. Auction winners will soon be able to access tools for customizing their 3D SHOPs with different interior designs and textures and to manage their NFT assets on sale. In the future, they will also be provided a hosted white-label storefront website with an integrated NFT marketplace and NFT creation tools.

This latest development comes at the heels of a string of major initiatives from the RFOX team in the past month, including two major RFOX MEDIA executive hires, exclusive pre-registration for RFOX Games, and major partnerships with ICON and CoinGecko, which will set up their virtual reality (VR) presence in the RFOX VALT metaverse.

Ben Fairbank, CEO and Co-Founder of RFOX, said: “We thank the RFOX team, ambassadors, and community for their hard work in making this SHOP sale a success. With the world increasingly looking into the promise of the metaverse, we are well-positioned to become a major player in its future, and this sale is an important step towards that goal.”

“With all the progress being made in the RFOX VALT, including SHOP sales, the growing list clients and partners, and an expanding RFOX team, we have also increased the scale of the metaverse we are building, as well as the list of features in this virtual space. More eyes are on us now than ever before, especially with the audiences that our partners will bring into the RFOX VALT, and we are pulling out all the stops for the eventual launch of the RFOX VALT’s MVP (minimum viable product),” he added. 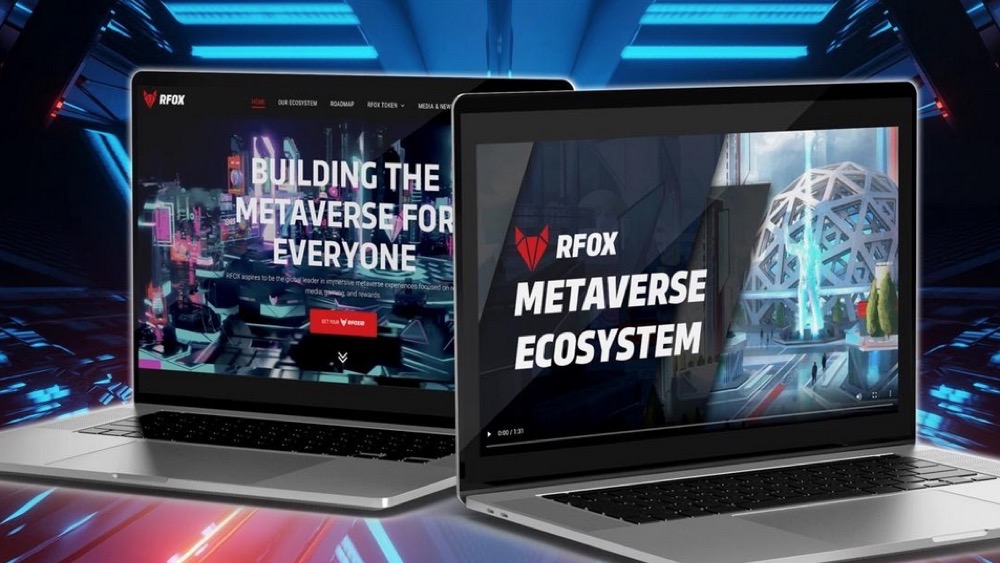 Coinciding with the conclusion of the RFOX VALT SHOP auction, RFOX has formally unveiled a revamped company website, RFOX.com, which reflects the strengthening of the RFOX brand across the company’s solutions. The new website which showcases a more immersive experience for exploring the RFOX metaverse ecosystem, company milestones, and the strengthening of senior management and advisory teams.

RFOX token investors can quickly access the product roadmap, including the latest developments in the RFOX VALT metaverse. They can also download the whitepaper and other important documents, stay up to date on corporate growth news, or seamlessly check rates or trade tokens on RFOX Finance, all from the more efficient and engaging company web front.

The new RFOX.com also gives quick access to its ventures for their growing consumer bases as well. For instance, RFOX Games’s Play-to-Earn model is seeing early success with the highly anticipated KOGs: SLAM!, which recently launched Open Beta testing, while RFOX NFTs is gaining momentum as a trusted name in NFT solutions with its technological support of the recent NFT offering of major sports apparel brand Reebok and rap-fashion icon A$AP NAST.

RFOX’s steady growth is also seen on its growing social media presence. Keeping up to date on RFOX news is easier through the social streamlined social handles: on Twitter @RFOX_Official, on Facebook via facebook.com/rfox.official, on Discord via discord.gg/rfox, on YouTube via youtube.com, and on Linkedin via linkedin.com/company/rfox-official

The launch of RFOX.com completes the standardization of the RFOX brand across the company’s products and services. As early as 2018, the RFOX Ecosystem of evolving products and services has used the RFOX brand prominently across all its assets. Consolidating its corporate brand to the level of trust and steady momentum that RFOX’s consumer ventures have become known for was a natural point of the brand’s evolution.

“This is an important time for our company, when we are seeing unprecedented momentum in our launch of new solutions, partnerships, and features, especially the ongoing creation of RFOX VALT. The launch of the new RFOX website and our stronger focus on the RFOX brand will send the message to our community that we are serious about taking charge of the metaverse-driven future ahead of us,” said Ben Fairbank.

RFOX is a metaverse company with a mission to be the global leader in immersive metaverse experiences focused on retail, media, gaming, and rewards, through the RFOX VALT metaverse. Since 2018, the company has built the RFOX ecosystem of products and solutions that include online games, whitelabel NFT platforms, crypto-financial products, digital media platforms, and more. Its main token is RFOX, the digital asset that fuels the RFOX metaverse ecosystem and its immersive technology.