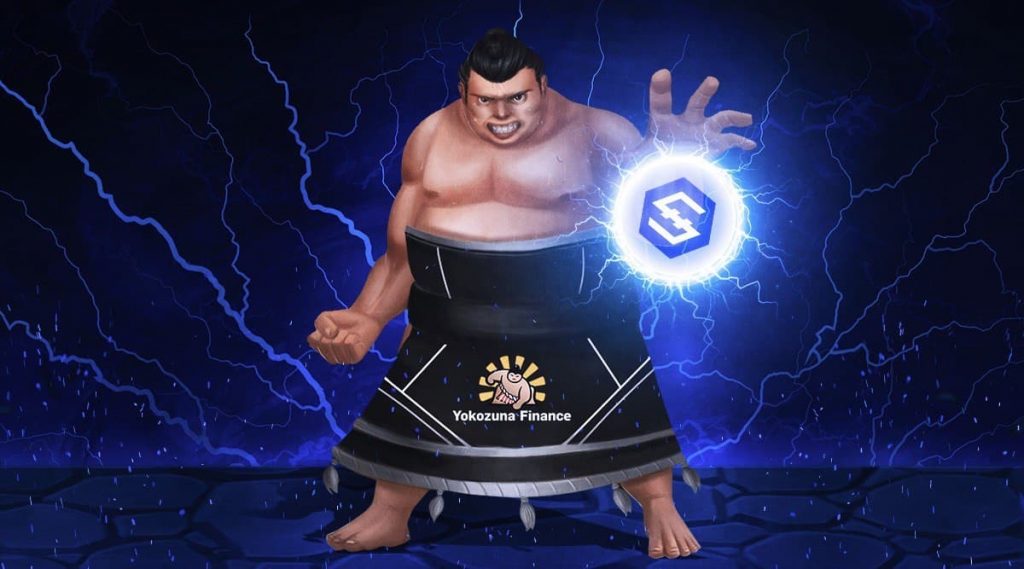 IOST-powered DeFi Protocol Yokozuna Finance is warming up to claim the title in the IOST’s dApp ecosystem. The sumo-themed gamified DeFi and NFT project has already created a buzz among the IOST and DeFi community and aims to climb the ranks with its official launch on 10th December, 11:00 AM (UTC)

The sumo-inspired project, with a total supply of 100,000,000 and a deflationary distribution model, will be offered via FAIR LAUNCH to stakers on app.yokozuna.fi is being developed and guided by an experienced global team and an advisory board composed of professional and contributing expertise from technology, finance, sports, entertainment, media and academia, aims to educate and entertain IOST fans while promoting the sport of Sumo to avid and non-traditional audiences around the world.

Built on the IOST Network for its efficiency, ultra-fast speed, and practically zero transaction costs, Yokozuna Finance will allow users to guide the journey of a young rikishi (sumo wrestler) in hopes of becoming a Yokozuna or Grand Champion.

The projects’ early 2022 roadmap introduces auctions and a secondary marketplace where the project’s native token, ZUNA will be used exclusively to acquire, buy and sell SUMO NFT’s and related items to accessorize and enhance the performance including increased APY for users.

When fully realized, qualified NFT holders will own and govern the Yokozuna Finance DAO funded by transactions beginning December 10th followed by the innovative NFT system with learning-based earning and gamification that will launch in Q2 2022.

Ultimately, the owners of the DAO will not only participate in the success of the DAO by receiving distributions but will vote to support global SUMO initiatives designed to grow the sport worldwide.