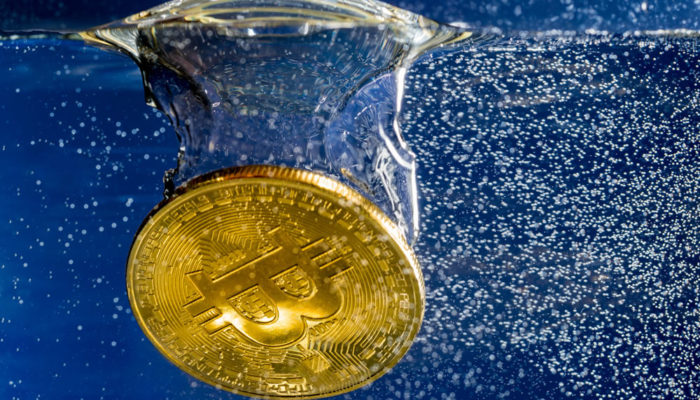 Although many investors and analysts alike viewed Bitcoin’s muted reaction to the recent Tether/Bitfinex controversy as a sign of improving fundamental strength, it may be too early to celebrate just yet, as one analyst believes that BTC may dip back into the lower-$4,000 region before finding any significant levels of support that allow it to continue climbing higher.

Although traders and investors should be prepared for this bearish possibility, analysts are also quick to point to a long-term trend line that shows just how high Bitcoin could realistically climb in the coming years.

Unfortunately for bulls, it appears that BTC’s upwards momentum that had been incurred earlier this month was tempered by the controversy surrounding Tether and Bitfinex, as Bitcoin appears to be losing some of its fundamental strength as it drifts down towards the support it has in the lower-$5,000 region.

Big Cheds, a popular cryptocurrency analyst on Twitter, recently shared a bearish sentiment with his followers, explaining that he believes BTC will face two more downwards legs leading it towards $4,400 before it finds strong support.

Although this is definitely a possibility, Income Sharks, another popular analyst, explained in a recent tweet that they believe BTC is likely to remain stuck in a relatively tight trading channel for the foreseeable future.

“Nothing new to report on $BTC. Still in the channel, and still going up. Will short on confirmation of a break of the channel or break in OBV otherwise no position or going long seems more logical,” they explained.

Although it is easy to get caught up in the daily price movements that largely dictate market sentiment, it is important to remember that the long-term prospects for Bitcoin and the entire crypto markets remain bright, despite the persisting bear market.

Chonis Trading, another popular crypto analyst on Twitter, recently shared a long-term chart showing the ascending trend line that shows just how possible a continuation of BTC’s long-formed massive bull trend could be.

From a short-term perspective, how well BTC continues to respond to its support in the lower-$5,000 region will likely dictate whether or not a drop back into the $4,000 region is viable, but from a long term perspective it is highly likely that growing fundamental strength and increasing adoption will allow the cryptocurrency to incur significant gains.