Bitcoin MACD Being Overextended is Bullish, But Consolidation is Due 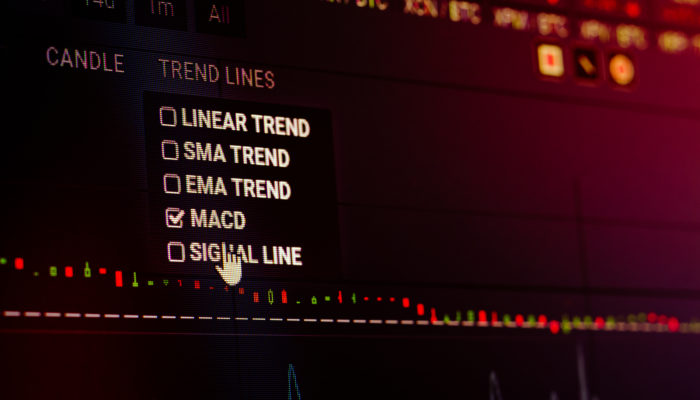 Bitcoin has once again become the subject of water cooler talk at banks and brokers once again, following a massive price surge at the beginning of April, that saw the value of the leading crypto by market cap rise by over $1,000 over the course of an hour.

The powerful move created a higher high on the charts, and caused some technical analysis indicators to flip bullish for the first time in over a year. Another indicator, the MACD, is showing that Bitcoin buying is currently overextended. A prominent crypto analyst known for his long-term analysis using the MACD, says the indicator being overextended is bullish, but does suggest that consolidation is “due.”

Long-Term Trend Change Indicator Is Bullish, But Suggests “Consolidation” is “Due”

According to crypto analyst Dave the Wave, who often shares long-term log scale charts of Bitcoin price fluctuations dating back to before the 2014-2015 bull run, the MACD or Moving Average Convergence Divergence indicator is reading as overextended. The trader calls this a bullish sign, signaling that buyers are out in full force.

As Dave the Wave shows on his MACD chart’s histogram, each time the MACD became overextended, a period of price consolidation soon followed. The crypto analyst expects similar behavior to occur in Bitcoin markets in the coming days to weeks.

In the past, the long-term crypto chartist has used the MACD – a long-term indicator used to spot important trend changes – to help him determine if the bear market bottom for Bitcoin was in. According to his past analysis, he concludes the bottom is indeed behind us and that the recent higher high on Bitcoin price charts confirms this as such.

Most crypto investors view Bitcoin as a long-term investment that could pay handsomely, with the majority of them believing that some day the price per BTC could reach $100,000 or even “millions” of dollars each.

Bitcoin had recently surged in price as much as 25% over the past month, closing its monthly candle above resistance turned support. The crypto market is at a critical point, and whichever way it turns next could determine the trend for the months to come.

Should Bitcoin break and close above powerful resistance at $6,000, the market may enter a new bull market and the days bears controlled the price of Bitcoin will have come to an end.