Would Crypto Markets React if Bithumb Went Public in The US? 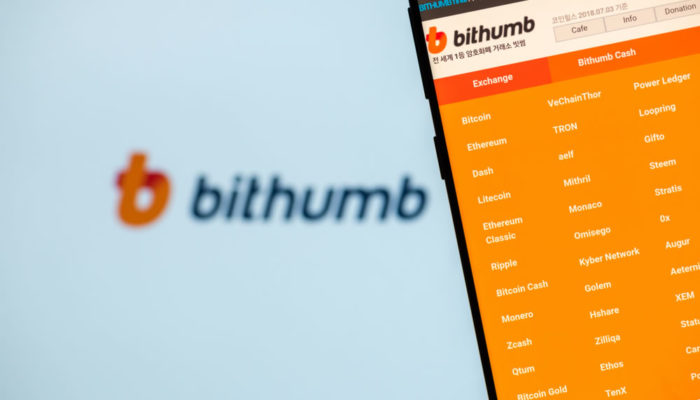 One of the world’s largest crypto exchanges could soon be publicly traded in the US through a reverse merger. A Singapore based holdings company which has a majority stake in one of Korea’s top exchanges is looking to get listed by acquiring an already publicly trading company.

Bithumb Could Get Listed Without an IPO

A few hours ago CNBC reported that Blockchain Exchange Alliance, which holds a majority stake in Bithumb, has ambitions to go public in the US. Furthering those goals, the Singapore based alliance signed a binding letter of intent with a holding company called Blockchain Industries which trades publicly on US OTC markets.

According to the report this is termed as a reverse merger and could provide a faster way to get publicly listed than the traditional IPO method. Citing sources, it added that Blockchain Exchange Alliance considered a listing in Singapore but was deterred by the two year waiting list for the initial public offering.

The company plans to ‘up-list’, shifting from penny stock type OTC markets to the big boys, namely NYSE or NASDAQ. This would be a milestone for the crypto industry as Bithumb could become the first exchange to become publicly listed.

This method of getting listed has been seen before as Mike Novogratz did it with Galaxy Digital on Canadian markets after a reverse merger with shell company Bradmer Pharmaceuticals. GLXY shares however have not fared so well as crypto markets have crumbled over the past year.

Blockchain Exchange Alliance has plans beyond Bitcoin however. Its grand vision is for form a global crypto exchange alliance by consolidating exchanges across the world. Bithumb is already in the bag but it plans to have nine exchanges by the end of this year and 40 by 2020 according to CNBC.

According to Coinmarketcap, Bithumb is the world’s top exchange by reported volume which is currently stated as $1.4 billion. However, these volumes cannot be taken as gospel. Bithumb was accused of faking volumes last month, something the exchange has vehemently denied. In addition to spurious volumes, the Korean exchange was hacked in June last year which added to its woes.

With these factors in mind, already cautious US regulators, which have a habit of dragging their feet, may not be too enthusiastic about a publicly listed crypto exchange. Crypto markets on the other hand may just get the long awaited boost as it can be considered another big step towards the nascent industry going mainstream.