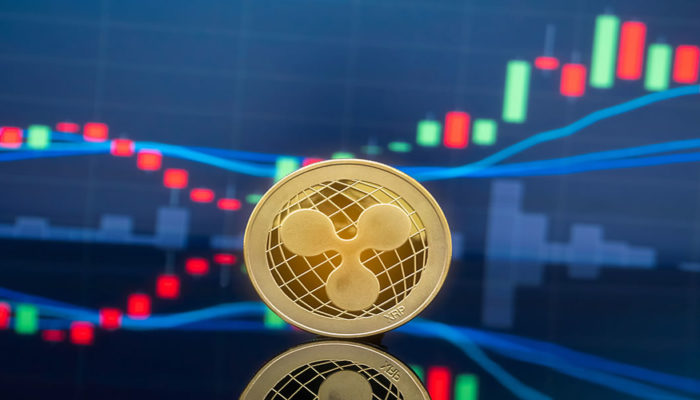 Even though Jan 20 sellers did wipe out strides, XRP did find support at around 30 cents. With all-around bullish fundamentals, it is likely that bulls will rally and break above 40 cents in the near term.

If the XRP Hostile takeover rumor is even remotely close to the truth, then XRP bag holders should be ready for a blood bath. Hostile takeovers are rare in traditional markets, and a forceful change of management is simple: the acquirer–in our case Vishal Harpalani’s Valor Foundation—identifies an unwilling target company—the “victim” ,in this case, Ripple Labs official issuers of XRP.

Their tactic: raise “tens of millions of dollars,” trigger a price collapse via debt instrument and later hard fork the Ripple ledger. Note that, this move can flop and as a $14-billion-dollar Silicon Valley behemoth, weaned off VC funds and controlled by a determined company, Ripple, ready to defend its turf, we doubt if this can happen.

Exuding confidence, Brad had this to say:

[email protected] wants to sell some snake oil… any buyers out there!? Media have a responsibility to help the industry understand what’s hype vs. substance, not to propagate blatant attempts at market manipulation. When will media coverage of this industry mature? https://t.co/QzZ3MxoyNR

To defend their publication, the editor at Axios said:

I’m not selling anything to anyone Brad, and you know that. I have zero financial interests in anything crypto. reported on something and clearly said that it is unlikely to work. If it’s about market manipulation, then it was a lousy attempt as xrp is down a whopping penny today

However, should Valor Foundation raise enough funds and cause an XRP death spiral, their success would help strengthen their overall objective of building a reliable digital payment system tailor-made for those who can’t access banking or other financial services mostly in developing economies. Like BTC, XRP is rejecting sell pressure, and after initial accumulation, demand is increasing in lower time frames. Upswings like this cement our previous position, validating our XRP/USD trade plan. Although we expect prices to rally—now that we have a bullish pin bar near our main support at 40 cents, we recommend maintaining a neutral position. That’s until after there is a clear break above the 50 percent Fibonacci retracement level. The level is the 34 cents mark based off Dec 2018 high low. 34 Cents is significant because the  level meshes with Jan 14 highs.

Once prices rally above 34 cents, risk off traders can initiate longs on pullbacks with first targets at 40 cents. From there on, risk-averse traders can buy at spot rates with modest targets at Dec 2018 highs of 60 cents.

Guiding our short-term trade plan is level of market participation. A stand out in recent days is Jan 10 bear bar printing in a predominantly bullish market. We have reiterated this stating that for bulls to be in the driving seat then trade volumes must spike above recent averages of around 17 million and exceed Jan 10 trade volumes of 83 million. No doubt, such rallies will lift prices from spot levels to above 40 cents. In turn, this will lay the foundation for further gains towards $1.