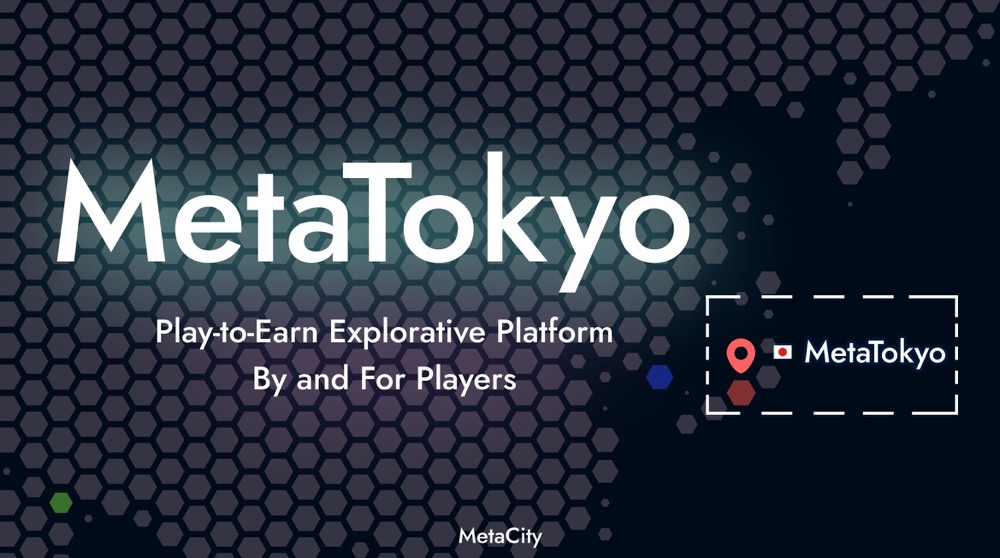 TOKAU, a cryptocurrency network and the world’s first celebrity NFT platform, announced that it will launch “MetaTokyo”, the first area on their original metaverse MetaCity. The area will be released to all users in Feb, 2022, and its digital real estate “Land” will be on public sale on TOKAU Dapp.

MetaCity is a metaverse project that is based on blockchain technology. Its design is based on an actual world map, which is condensed into a virtual space and divided into 150,000 sections. These sections, known as “Land”, will be offered as digital real estate to all MetaCity users, where digital games, social platforms and living experiences will be available to explore.

What makes MetaCity stand out from other metaverse projects is that users can join MetaCity as creator or player. The tokens will be rewarded for those who set up various attractions on their Land. Staking TOKAU tokens also will be rewarded by ORE NFT. Users can receive and upgrade Land by using ORE NFT. MetaCity will also attract more people with its regularly held Airdropping event.

These rewards and features will attract more people to MetaCity, increasing the Land value. Since GameFi is one of the hottest topics in the cryptocurrency industry right now. MetaCity is working on establishing key mechanics that make it intrinsically tied to MetaCity and its value.

To satisfy its TOKAU NFT holders and TOKAU token holders, TOKAU has reached an initial agreement with a gaming company and the company will be announcing the games and activities that will be available in the area in the near future.

MetaTokyo, inspired by Tokyo city, was chosen as the very first Land to be offered since it’s where TOKAU’s office is based. Tokyo’s interesting dynamic between two-dimensional – if you think about the country’s well known anime, game, and digital aspects – and three-dimensional worlds and the unique coexistence of people with different personalities and backgrounds also made it the perfect choice.

“Tokyo is a city which embraces people with various backgrounds and people fantasizing about creating an alter ego. Land in MetaTokyo is where you can achieve your dream. It’s an attractive asset among all competitive metaverse projects. Join MetaCity, become a Land owner and enjoy this realistic virtual world together!” said Dennis Tok, CEO of TOKAU.

MetaTokyo will be the perfect start of a three-dimensional virtual world as an extension of the real world. It will be divided into 2,000 sections of Land with iconic Japanese architecture and scenic spots such as the Tokyo Tower and Skytree. Since users can play, socialize and live in the city and all the activities are realized on Land, Land gets its value and becomes the carrier of content. Here, users will be able to live and interact with each other through their avatars. MetaTokyo will also be a great way to introduce Japanese culture to people who have never been to Japan.

Land within MetaTokyo is available in one size. The price of Land starts from 825 USDT. The price depends on the location of Tokyo. The more rare area or area near iconic buildings costs more than other Lands.

Founded in June 2021, TOKAU is the first global platform focusing on celebrities’ interactions with their fans using blockchain NFT technology. MetaCity is a virtual world where the users can interact with celebrities. More importantly, users can play, own and monetize their virtual experiences. Eventually, we aim to build MetaCity as a place that is open source and empowered by the community.

Oscar Carrington September 19, 2022
PrevTorekko Launched First NFTs Collection Give Away Via Airdrop
The First Ever Sports Tech Summit Focusing on Metaverse and NFT Will Take Place this MonthNext