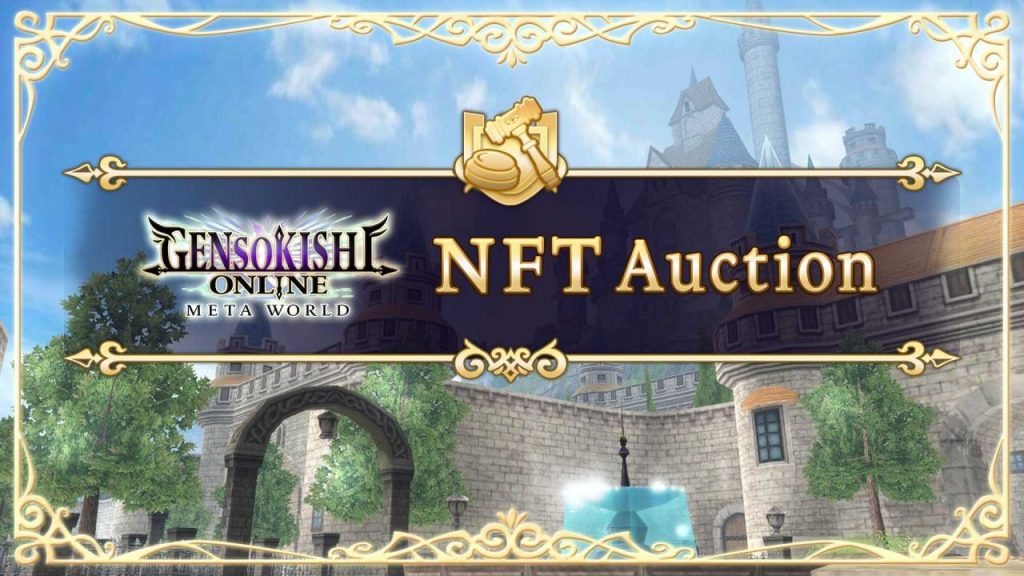 GensoKishi Online Metaworld is a GameFi and metaverse incarnation of GensoKishi Online, which received the ‘Game of the Year Gold Award’ in Taiwan 10 years ago. The game leverages blockchain technology to build a digital world ecology, and GenoKishi Online Metaworld thus blends characteristics of Web 3.0 with the metaverse. Its ultimate goal is to create a metaverse environment that is larger than the physical world and will continue to develop in the foreseeable future.

Most recently, GensoKishi has announced the launch of its first ever NFT auction, scheduled to take place from February 7th at 08:00 AM UTC to February 14th till 07:59 AM UTC. The auction shall be for GensoKishi’s ‘Cosplay’ NFTs.

This auction shall accept bids for a range of Cosplay NFTs as aforementioned, including Legendary, Super Rare, Rare, and Normal NFTs. Legendary NFTs in particular are unique creations and are highly sought after as only one has been minted within the entire metaverse so far.

Moreover, following its record-breaking debut and listing, GensoKishi anticipates a surge of bids on the day of the auction itself and hopes to see many of its fans and supporters in attendance. Also, once the auction officially begins, the wallet addresses which will be used for bidding purposes shall be released to the public. The bids will be accepted by either USDT (Polygon) or USDT (ERC-20).

Furthermore, after a bid has occurred, the wallet address as well as the bid amount will be updated and published to the auction every few minutes. Bidding will be closed once the auction ends, and the NFTs would then be distributed as per the ranking. Additional details can be found on the official auction page, as well as the Twitter, Discord, and Telegram channels.

One of the game’s key features is ‘Cosplay’. In an RPG, for instance, a swordsman fights with a sword in his right hand. However, in GensoKishi, the swordsman can modify his appearance by wearing a ‘Wand Cosplay’ in his right hand, making it appear as if he is fighting with a wand. Naturally, each Cosplay also has distinct stats that impact its strength, and some of the wearable equipment possess unique abilities as well depending on rarity.

Finally, as GensoKishi is a game in which players from all walks of life connect with one another in a singular large-scale metaverse, the team believes that each player would therefore strive to go beyond the restrictions of RPG roles and personalise their character’s look to their taste. The NFT auction shall hence presumably assist in reaching this goal. More information and regular updates are expected as the date for the auction approaches.