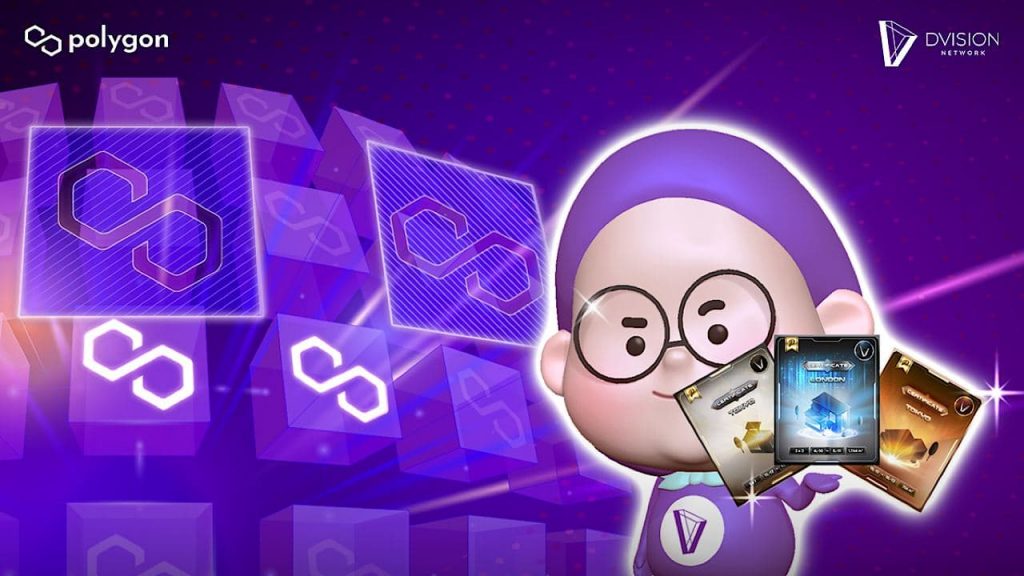 Dvision Network is currently live on Polygon Mainnet, further solidifying their position as the definitive multichain metaverse protocol. It must be noted that Dvision Network recently had their first primary and de facto biggest LAND Sale on BSC (Binance Smart Chain), selling out in a matter of minutes across three platforms which included Binance NFT and NFTb. The addition of Polygon Network support foreshadows the imminent second round of the LAND NFT Sale for the Dvision Metaverse, which will reportedly take place in the first quarter of 2022 as per the official timetable.

For those who may be unaware, Dvision Network is basically a blockchain-oriented metaverse content ecosystem that also supports NFT marketplace within its augmented reality. Dvision Network is hence ushering in a new environment in which mankind may live a prosperous existence at the epicentre of the 4th industrial revolution based on ICT (Information & Communications Technology).

In this business, being able to reach different milestones set by a corresponding roadmap is paramount to ensure long-term success. Dvision Network was therefore able to reach such a milestone thanks to it now being live on Polygon Mainnet. Dvision Network had stated its ambitions to incorporate Polygon back in 2020, as scalability concerns on the Ethereum Mainnet began to emerge, prompting numerous decentralised finance, gaming, and metaverse protocols to look for suitable alternatives.

Dvision Network has therefore managed to obtain access to Ethereum’s flourishing ecosystem without being hampered by poor connection speeds thanks to the deployment on Polygon. Countless dApps like Aave, Curve Finance and SushiSwap have already been implemented on Polygon as well.

Also, given Dvision Network’s complex token economy, the step was seemingly required to guarantee that the users within their respective ecosystem would be granted low-cost and exceedingly fast transactions. Moreover, support for the Polygon Network has been formally added to the initiative’s dApp (decentralised application) and marketplace as part of the multichain effort, which the team wants to launch in 2022 by joining multiple chains through bridges.

Relationship with the metaverse and virtual land

Even though Dvision Network has formed a sustainable path to their continued development via their initial LAND Sale, the digital estate market is red-hot at the moment and various other key players routinely contribute to it including the likes of Decentraland (MANA), The Sandbox (SAND), and many more. As a result, sales worth millions of dollars are being generated in addition to the ever-increasing widespread interest by mainstream celebrity icons, people of influence and other traditional entities.

Furthermore, during Dvision Network’s first auction, LAND NFTs had been given to investors at relatively cheap rates, with their average 1×1 virtual plot being sold for roughly $100, with secondary bids reaching heights of $700 to $800, generating a massive 700% increase in their basic value. The Dvision Network also recently announced a second LAND NFT sale on their network. Those who are interested should brace themselves for fierce competition, as the last LAND auction sold out in less than 5 minutes.

According to the Dvision Network’s whitepaper, its LAND NFTs may be used for a multitude of applications, including gaming, education, earning passive income, hosting conferences, and so much more. In this way, Dvision Network aims to cater to the needs of a wide variety of individuals with differing needs and preferences.

Finally, the allure of the blockchain metaverse is that consumers may own their virtual objects as NFTs. Consequently, no single entity is in control of everything, however, many businesses are nevertheless greatly interested in the metaverse concept including but not limited to Nike, Epic Games, and even Facebook. The metaverse market would thus appear to be thriving, regardless of whether investors are multi-million dollar corporations or just everyday individuals.