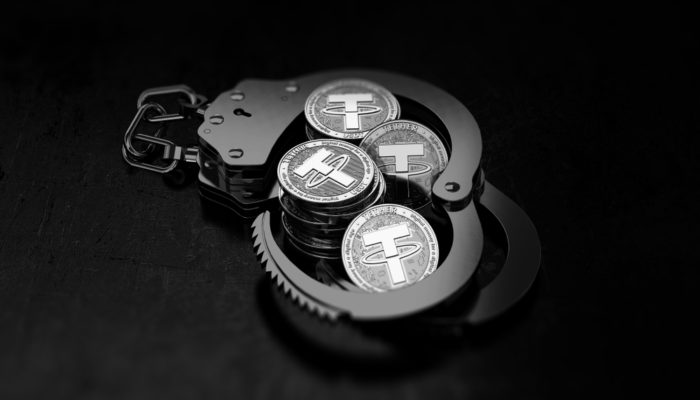 The estate of the late Columbian drug lord Pablo Escobar, which is said to be responsible for countless murders and at one point, as much as 80% of the cocaine entering the United States, has called the trustworthiness of stablecoin crypto Tether into question.

Roberto Escobar, brother and former bookkeeper for Columbian cocaine kingpin Pablo Escobar, and Escobar Inc. are preparing to launch an initial coin offering for a new dollar-pegged stablecoin called ESCOBAR. According to the white paper, ESCOBAR will be an Ethereum-based ERC20 token tied 1-to-1 to the U.S. dollar, have a fixed one billion supply, and like Tether, will be redeemable for physical fiat dollars starting in June.

While ESCOBAR’s existence is primarily focused at unseating United States President Donald Trump, ESCOBAR is also being positioned as a staunch competitor for Tether.

Escobar Inc. had successfully raised $10 million toward its “Impeach Trump Fund” via a GoFundMe campaign that was eventually pulled by the crowdfunding platform before reaching its $50 million goal. Escobar Inc. CEO Olof Gustafsson said that the censoring of the campaign prompted the creation of the new crypto, which the firm will use to avoid centralized platforms that could continue to be a hurdle for the company’s fundraising efforts.

The firm appears to be dead set on impeaching the controversial U.S. President, but have also focused their crosshairs on the controversial dollar-pegged crypto Tether, which is currently the leading stablecoin on the market.

Escobar Inc’s COO Daniel Reitberg said that ESCOBAR will be released “in 2019 as a stablecoin alternative to the USD Tether,” adding that he and his company “do not trust the USDT.” Reitberg suggested that Tether and other stablecoins are operated by “unknown companies” and instead people should use ESCOBAR due to Roberto Escobar’s track record of earning “hundreds of billions of dollars throughout his career.”

The crypto community is quick to call out Tether as a shady, untrustworthy operation, however, the accusations seem even more damning when the estate of a cartel kingpin that is personally responsible for the deaths and suffering of hundreds and thousands of individuals confidently calls the trustworthiness of the stablecoin into question.

From Diet Bitcoin to ESCOBAR, Escobar Estate Is Infatuated with Crypto

Last year, the estate of Pablo Escobar also launched another ICO for a Bitcoin hard fork called Diet Bitcoin (DDX). At the time, Reitberg encouraged investors to “buy as many Diet Bitcoin’s as you can afford” because the “value will be very high.”

The value isn’t “very high” currently, at just 1 cent per DDX token. Early investors were able to snag each DDX token and a “discounted” price of $50 for the first 300,000 coins, while last minute investors paid as much as $1,000 per token.

Diet Bitcoin’s price peaked at $0.96 according to CoinMarketCap data before falling back to a penny.

Roberto Escobar also penned a book about Diet Bitcoin, and in it claimed that mysterious Bitcoin creator Satoshi Nakamoto was really a front for the CIA, who were the actual creators of the first-ever cryptocurrency. Escobar believes that one day the CIA will sell all of Satoshi’s coins, crashing Bitcoin’s value to “almost zero.”

“Keep the Ethereum, Keep the TRON, keep the Ripple, keep the Bitcoin. You will see what happens. They will all go to zero, almost zero. But not my coin. Because my coin, this is going to be my new work in life,” Escobar claimed.