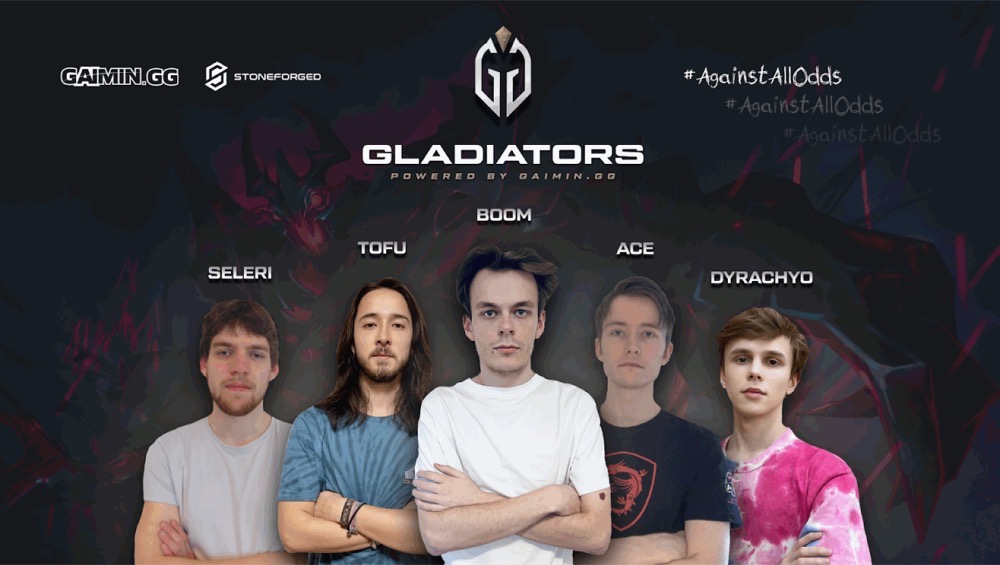 These high profile events are promoted worldwide to their followers and achieve significant viewing figures. The Regional Finals achieved peak viewing of 160,000 and a total of 650,000 video views. In winning the event, GAIMIN’s brand has been promoted across all output media and increased the following and global reach of the Gladiator’s DOTA 2 team. The Gladiator’s currently have over 83,000 followers across all platforms, 2 million follower impressions and monthly profile visits of 150,000+.

Joseph Turner, Chief Gaming Officer for GAIMIN stated, “In January 2022, GAIMIN acquired esports team GAIMIN Gladiators with the objective of creating the leading global esports team, focussing on specific genres and games within the esports community. The quick success of our DOTA2 team has been amazing and motivates us to identify more teams to join GAIMIN Gladiators.”

Nick Cuccovillo, President GAIMIN Gladiators explained, “Our DOTA2 team has exceeded expectations with their early success, and spearheaded our plans to extend into Pokemon Unite, Counter-Strike and Rainbow Six: Siege. We intend on creating the largest esports community across a number of different games and genres. DOTA2 is only the beginning”.

Martin Speight, CEO of GAIMIN confirmed, “Our decision to invest in esports is already paying off. The number of followers the DOTA2 team has, combined with the followers of the other teams we are looking at incorporating into the GAIMIN Gladiators, will give us access to a worldwide audience of potential GAIMIN application users, exceeding our active user forecasts, building a much larger community of users generating their own GMRX rewards and building the GAIMIN brand into a worldwide community of gamers.”

GAIMIN Gladiators were formed from the OCG Esports Club; a Canadian Esports organisation established in 2019 by brothers Nick and Alex Cuccovillo and Shawn Porter. Their aim was to conquer their chosen esports and since 2019 they have achieved significant success winning major events such as Dreamhack Canada for Counter-Strike: Global Offensive and successfully competing in the highest pro-amateur league in North America.

The Club expanded into Warcraft 3 in Europe and North America, competing in the most prestigious leagues and tournaments with the strongest lineup and players in the game. In support of their aspirations for growth, the Club moved into new and emerging verticals, participating in Rainbow Six Siege and playing in the Challengers League for two years. OCG’s focused on the semi-professional esports pro scene and its surrounding ecology – building a platform and ecosystem for gamers.

OCG has some of the best talent in Canada in its gaming roster, representing Canada at national level across tournaments in North America. Through constant innovation, community-driven goals and working with top talent, OCG has striven to create an inclusive, respected and distinguished brand for gamers.

The OCG philosophy fully aligns with the GAIMIN principle of “No Gamer Left Behind” and makes OCG the perfect fit for GAIMIN. Based on their gaming successes and principles, OCG is now part of GAIMIN and have re-branded as GAIMIN Gladiators.

GAIMIN Gladiators will represent GAIMIN in the global esports arena and build on their past successes and growth by participating in current and new esports verticals.

Oscar Carrington September 19, 2022
PrevKuCoin Exchange Named the Best Cryptocurrency App of 2022: Everything You Need to Know
Akash Network Announces its Third Testnet, with $200,000 in Incentives for DevelopersNext