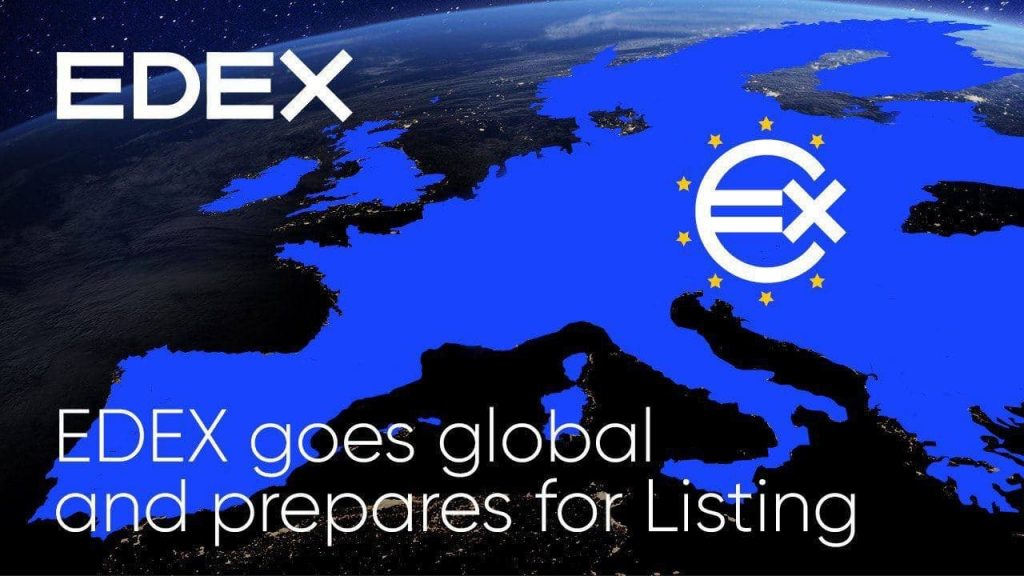 Energy consumption due to the increased activity of miners is already becoming a nationwide problem. This means that Proof-of-Work cryptocurrencies will become unprofitable for Europeans. But their place is already taken by Proof-of-Stake cryptocurrencies, which do not need miners. Therefore, the emergence of the EuroSwap EDEX project on the PoS algorithm no longer seems like just a coincidence.

The advantage of Proof-of-Stake EDEX

Chinese miners were outlawed in the summer of 2021. Some of them moved to Europe after the ban in China, but there could be a nasty surprise waiting for them there. The EU has also raised the issue of a moratorium on digital currency mining.

We are only talking about mining using the Proof-of-Work consensus algorithm. The issue of banning the mining of coins, implemented on Proof-of-Stake, is not currently on the agenda.

Of the popular cryptocurrencies based on Proof-of-Work still work Dogecoin and Ethereum. True, it won’t stay that way for long. The developers of DOGE plan to move the digital currency to Proof-of-Stake “soon”, and Ethereum will move to a new algorithm this year, while the full implementation of the roadmap will take about six years.

Clearly, in this situation, PoS cryptocurrencies are several years ahead of fundamental PoW projects. In early 2021, even before Europe announced global crypto integration, European developers began developing a crypto project that would be a bridge between crypto and fiat euro. Last fall, investors received a new financial instrument EuroSwap EDEX – European Decentralized Crypto Exchange. The project is based on the Proof-of-Stake algorithm and this is another advantage over miners.

Practicality of EDEX for Europeans

Last week, the developers of EDEX announced the start of the Final Session before going live on a major exchange. Such an announcement appeared in the official channels of the community. It is also known that at this stage the team will consider the most favorable offers from the leading crypto exchanges.

Exact information about the launch on the exchange will be known in late February or early March 2022. So far we only know that the EDEX project has already completed the main preparatory stage and is preparing to launch a Trading Session with a full package of options for investors and traders of different sizes.

In early February 2022, the EuroSwap EDEX project proved its reliability to Certik auditors. The EDEX development team had been preparing for this step for several months. As a result, the EuroSwap project received an official certificate of quality from the most influential industry auditors. This recognition gives EDEX investors confidence in the full-fledged correct operation of smart contracts, as well as in the promising intentions of the EuroSwap project in general.

EuroSwap, for the first time in world history, will allow buying and selling cryptocurrencies on the Decentralized Exchange for the eurozone’s official currency, the euro €. EDEX will open the floodgates for transactions between the fiat euro and cryptocurrencies.

That is, now hundreds of millions of Eurozone residents will be able to safely buy cryptocurrencies with a simple bank card and just as easily withdraw their profits on the card. This will ensure a minimum of regulatory intervention, because all transactions will be handled in a decentralized manner according to Web3.0 principles. And additional security will be provided by payment systems. In the global perspective the developers of EDEX plan to cooperate with Visa.

In November 2021 the developers of EuroSwap gave access to the automatic Swap exchange for the first BUSD / EDEX pair – https://app.euroswap.io Each EDEX investor is guaranteed the right to own a share of the intellectual and commercial property of the EuroSwap project, and has the opportunity to participate in the company’s profits.

On January 15, 2022, the EDEX team reasserted its position as a serious player in the Web3.0 business by opening Early Staking to its investors. EuroSwap EDEX has made this technology available to its investors now – during the early token distribution phase.

EuroSwap has opened up Early Staking up to 152% APY for all EDEX investors. This is an incredibly brave step from the developers, because they refused to block tokens and gave investors the opportunity to decide for themselves: to leave tokens in the wallet before trading and get the minimum profit or add them to Staking with yields up to 152% APY.

Two weeks after the launch of Early Staking more than about 73% of investors staked their EDEX tokens for a period of 12 months – https://stake.euroswap.io These numbers indicate that the entire year after the launch of the Trading Season the EDEX token will show a Bull Run because early investors will not sell their assets for a minimal profit.

The team is offering all holders to put their EDEX deposits into Staking pools and receive attractive savings regardless of deposit volume: 6 months – 71% APY, 9 months – 98% APY, 12 months – 152% APY. Staking is fully based on BEP-20 smart contract architecture and provides guaranteed automatic accruals at the end of the chosen term.

To use Early Staking EuroSwap you need to have a minimum EDEX deposit of €200. Then you need to go to the official website https://euroswap.io and find the tab Staking. Once the wallet is connected, the investor can choose the appropriate period and amount of EDEX tokens for Staking. After confirming the operation with a smart contract, you need to confirm the action by clicking “Deposit”.

Now the project EuroSwap EDEX is at the stage of auditing smart contracts from prestigious analytical companies. You can find more information about the EuroSwap EDEX project on the official website https://app.euroswap.io/