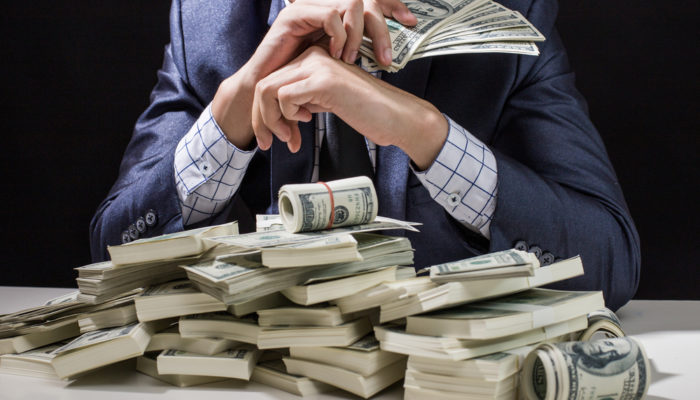 It goes without saying that 2018’s bear season savaged the broader crypto industry. Investors lost faith, Wall Street seemingly pulled out, and entire startups collapsed as financial pressure mounted, catalyzed by a collapse of the Bitcoin price. Yet, ambitious venture groups continue to seek financiers en-masse, as arguably, bear markets are an optimal time for “buying the dip.”

On Thursday, the Wall Street Journal’s “Venture Capital” column revealed that San Francisco-headquartered 1confirmation, supposedly one of the first crypto-dedicated venture groups, is looking for prospective investors. Citing a person familiar with the matter, the WSJ noted that 1confirmation is looking for $60 million for its second fund — more than double the $27 million raised in the American firm’s inaugural round in December 2017.

With this newfangled $60 million fund, 1confirmation, which has holdings in recently-launched Veil, Coinbase, Bitcoin, Ethereum, among other vehicles, plans to back infantile crypto projects by purchasing equity or tokens.

Although 1confirmation seemingly has high hopes for its fund, as its first venture secured funding from Mark Cuban, Marc Andreessen, and Thiel Capital, 2018’s downturn likely killed faith in this nascent sector. Maybe 1confirmation can tap Cuban and crew again, but such ambitions may be too zealous.

However, there’s a likelihood that 1confirmation performed better than cynics may be thinking. Save for the American fund’s investment in physical cryptocurrencies and Basis, which recently folded due to mounting regulatory pressure, it can be presumed that there’s more to 1confirmation’s venture stakes than meets the eye.

1confirmation-backed Veil, a peer-to-peer prediction markets platform centered around Augur, went online just two days ago. Veil brings ease-of-use to Augur’s blockchain-based prediction markets, which struggled with adoption throughout 2018. As a result of the platform’s launch, REP, the native token of Augur’s ecosystem, has skyrocketed, posting a 70% gain in the past week.

Coinbase has also performed extremely well. As established by NewsBTC in previous reports, the San Francisco-based crypto startup was valued at a jaw-dropping $8 billion, allowing Coinbase to approach to start to approach the $13 billion price tag put on Pinterest. Interestingly, Coinbase is more valuable than Robinhood — another Silicon Valley startup focused on democratizing finance.

Besides funding and lofty valuations, Coinbase has also done well for itself fundamentally. Bloomberg, citing a document, once projected that the exchange was to make $1.3 billion in fiscal 2018, despite the dropping Bitcoin price. The firm has also continued to expand its offerings, making notable strides in Q4 of 2018.

And with that in mind, 1confirmation has likely posted healthy paper gains through its capital allocations towards Veil and Coinbase and its holdings in Bloxroute Labs, dYdX, Stellar-based security tokens platform Harbor, OpenSea, Nervos, and Vest.

Yet, a number of industry insiders are skeptical that crypto funds, in general, will garner any notable amounts of traction in 2019.

Via a November edition of Off The Chain, a crypto-centric publication and media group, crypto crusader Anthony “Pomp” Pompliano remarked that crypto organizations “are in more trouble than people realize.” The Morgan Creek Digital Assets founder noted that he expects for crypto hedge funds, not too dissimilar from pure venture funds, to start “shutting down” due to certain clauses in legal documents.

He added that it could just be a matter of times before fund managers, who Pomp claimed were “young and inexperienced,” start to fold en bloc, falling victim to crypto winter, just like an array of leading industry upstarts.

Travis Scher, who heads crypto conglomerate Digital Currency Group’s in-house investment branch, echoed Pomp’s concerns in a recent interview with Business Insider. Scher told the outlet that while 2018’s first half saw a “tremendous amount of venture investments” enter the crypto realm, fund convictions are likely more bearish than bullish. Scher explained that hesitance by the way of financiers may make it much more difficult for organizations, whether venture groups or startups, to raise adequate funding.