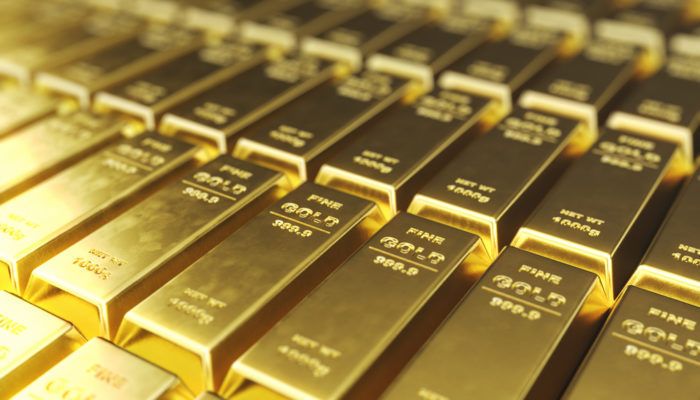 Since Bitcoin (BTC) seemingly lost its value proposition as a form of digital cash, investors have searched high and low, doing their utmost best to determine what defines the world-renowned cryptocurrency. While the search hasn’t produced any definitive results or conclusions, a discussion has begun to mount regarding Bitcoin’s status as the second coming of gold, or a digital Store of Value (SoV) that transcends traditional boundaries.

Yet, a cynical group of gold lovers (shocker!), recently released a harrowing post about BTC, and why it doesn’t make traders reminiscent of precious metals.

According to the World Gold Council, a United Kingdom-based pro-gold market organization, BTC is far from the digital store of value that the asset’s optimists paint it to be. Per a debrief on the matter from MarketWatch, in a report, the council stacked the performance of Bitcoin, gold, and the Nasdaq index for Q4.

Using this already limited set of data, the Brit-run group noted that as global “stock markets experienced their worst quarter since 2009,” cryptocurrencies, which had the opportunity to “demonstrate” gold-esque qualities, fell even harder than the stock market. And as such, the conclusively World Gold Council determined that “cryptocurrencies behaved like risky assets and fell while gold rallied.” Later, the gold group, which is the self-proclaimed “market development organization for the industry,” noted that Bitcoin’s price action made their analysts think of technology stocks, subsequently citing the 0.69 positive correlation between Nasdaq and BTC. This led the firm to tout their opinion that investors, especially those purchasing Bitcoin in a bid to hedge their portfolios, should “reassess their reasons for investing in cryptocurrencies.”

Backing its inflammatory claim, the council even quipped that BTC’s collapse in Q4 was amid “one of the few periods during which true market stress has occurred since the financial crisis,” hinting that it believes the “digital gold” arguments are baseless.

And it seems that Bitcoin investors have already taken notice of this occurrence. Per a recent poll conducted by VanEck’s Gabor Gurbacs on Twitter and a post-mortem conveyed by Jan Van Eck, BTC holders are running to purchase gold. In an interview on CNBC’s “ETF Edge” segment, in which he revealed that his firm, CBOE, and SolidX would be pulling their Bitcoin fund application, Van Eck noted that tides have changed in the crypto market. He elaborated:

“Interestingly, we just polled 4,000 crypto investors and their number one investment for 2019 is actually gold. So gold lost to bitcoin and now it’s going the other way.”

CNBC contributor Tim Seymour, the chief executive of an asset management group that bears his name, echoed Van Eck’s sentiment, noting that while gold is still a SoV, Bitcoin’s liquidity (or lack thereof) and price action accentuates that it isn’t much like the precious metal.

Yet, a number of crypto pundits (and prominent ones at that) have overtly begged to differ.

In a recent Reddit “ask me anything” session, the Winklevoss Twins, founders of the Gemini Exchange, revealed their cryptocurrency investment theses. In a revealing comment, twin Tyler explained that his and his brother’s “thesis [on] Bitcoin’s upside remain unchanged,” even in spite of the bear market that ravaged cryptocurrencies throughout 2018. Their thesis, for those who missed the memo, is that Bitcoin is “better at being gold than gold itself” — a sentiment held by many long-standing cryptocurrency investors.

Even Max Keiser, a leading crypto proponent and anti-establishment commentator, commented on the matter. In a tweet, Keiser noted that Bitcoin is a  “peer-to-peer electronic gold system,” which will allow for online payments, rather than a pure electronic cash ecosystem.

Satoshi’s true vision based on his writings and cypherpunk history.

A peer-to-peer version of electronic GOLD would allow online payments to be sent directly from one party to another without going through a financial institution.

Keiser and the Winklevoss Twins aren’t the only industry commentators to tout the sentiment that BTC is gold digitized. Per a 47-part Twitter thread from Dan Held, a former product manager at Blockchain.com, Satoshi Nakamoto himself built his crypto brainchild with it becoming digital gold in mind. As reported by NewsBTC previously on the subject matter, Held explained that Satoshi’s mentionings of gold, long-term growth, scarcity and the asset’s status as a commodity “highlights that Bitcoin’s scarcity gives it value… as a SoV.”

And like many of his peers, Held was led to the following conclusion:

“What he was trying to accomplish was clear, he wanted to build a new backbone for the financial system. Bitcoin isn’t merely digital cash, but an alternative to banks…