Blockchain technology has a lot of different purposes in the real world. Outside of the financial sector, there are dozens of opportunities waiting to be explored. Coca-Cola and the US State Department are looking into distributed ledgers as we speak. This technology is of great interest to them in terms of addressing forced labor.

Major brand names have shown an increasing interest in blockchain technology over the past few years. Most of those projects are still in the early stages of development, though. Coca-Cola seems intent on taking a more hands-on approach in this regard. The company is looking to address forced labor in its supply chain. To build up this new infrastructure, the company receives support from the US State Department.

It is evident companies such as Coca-Cola need to take a positive approach in this regard. More specifically, the company faces criticism over its sugar cane supply. Some people claim the company effectively relies on forced labor in this regard. As there is no way to provide adequate transparency in this regard, refuting these claims is pretty difficult. This is where blockchain technology can come into the picture, as it will herald a massive systemic change for the company.

Being transparent is almost the new normal in 2018. Although a lot of companies are still on the fence about blockchain, Coca-Cola is confident they can develop a proper solution. Without support from the private and public sector, making an impact is pretty difficult. Adding more transparency through a blockchain infrastructure also poses a new set of challenges to take into account.

There are many reasons why Coca-Cola taps this technology for this specific purpose. First of all, the company will deal with land rights, child labor, and forced labor. Right now, the focus rests on ensuring workers are properly compensated and protected by the law. Additionally, the hiring practices can use a lot more transparency as well. Together with the US State Department, these problems can be addressed directly.

It seems this venture will also rely on the use of smart contracts. Doing so will result in greater transparency and record keeping to benefit laborers and their associated work contracts. It should also make it possible to improve verification procedures to bring child and forced labor to a halt entirely. This is not a process that will be completed overnight, though.

It is good to see private companies embrace blockchain technology in this regard. Coca-Cola is just one of the multiple companies taking this proactive approach as of right now. While it remains to be seen how this venture plays out, the first steps have been taken already. It also helps legitimize the concept of blockchain technology as we know it. More real-life use cases for distributed ledgers can only be considered to be a good thing. 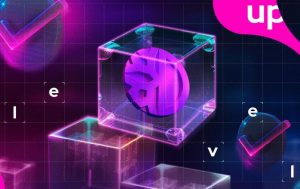