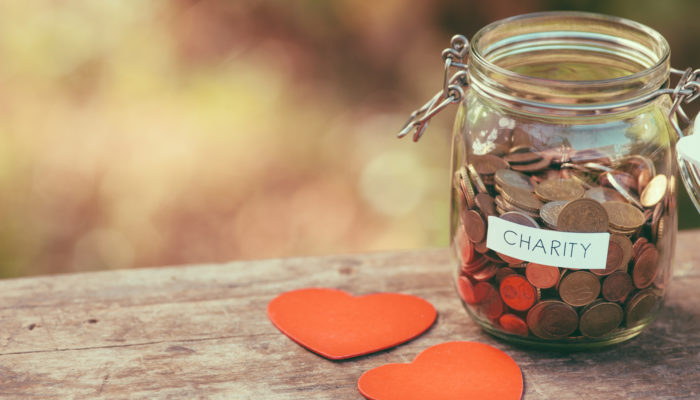 With the explosion of Bitcoin’s price over the last few years, a lot of early believers suddenly found themselves with more money than they knew what to do with. This has often resulted in tremendous acts of charity from the community.

The latest involves a pseudonymous Twitter user who was the winner of a Binance Academy competition. The prize was a custom Ledger Nano hardware wallet, which the receiver has loaded up with various cryptos and gifted to a young girl from India.

Binance CEO Commends Bitcoin Donation and the Education it Brings

The news of the charitable act broke via a Tweet by the winner of the prize. Unfortunately, the Tweet does not disclose how the donation’s recipient was selected. All that can be inferred from the responses is that she is from India and is evidently of primary school age, given the photograph included:

“Catch them when they are young”.I gifted her a @binance branded @LedgerHQ filled with a mix of #crypto worth 1 BTC. Will be interesting to see how many survive when she grows [email protected]_binance @justinsuntron $BNB $TRX $ETH $XRP @rallyqt @APompliano @tradingroomapp pic.twitter.com/ZCUVD5ePab

According to the above Tweet and replies, the total amount of cryptocurrency donated to the girl is 1 Bitcoin, split up into various coins. The distribution of cryptocurrencies is as follows: 20% BTC, 20% ETH, 10% TRX, 10% XLM, 10% BTCABC.

This distribution was questioned by some who felt that a donation purely in Bitcoin would likely reap the largest gains in the future. To this, the competition winner replied:

“I have selected projects which I feel have a long term lifespan. Let’s see how it goes.”

Further down in the comments on the Tweet, the issue of security of such a donation was raised. One poster stated that the girl would probably lose the Ledger, rendering the act of kindness obsolete. To this, CryptoPineapple responded that it would remain in a locked safe until she was 18. Choosing to not disclose too much about the girl was also likely an effort to help protect the donation and its receiver.

The news of the philanthropic act was picked up by Binance’s CEO, CZ. He opined that the value of the educational opportunity presented to the young crypto recipient far outweighed the $3,600 (ish) donation as it is valued at the time of writing.

The 1 btc is nice, but I believe the invaluable part to her is the early education. Big impact in life! https://t.co/on2okkBUxU

CZ is, of course, no stranger to philanthropy himself. The CEO elected to donate 100% of new coin listing fees on his exchange to various concerns in October of last year, as well as setting up a charitable wing of his firm.

Certainly Not the First Crypto Philanthropy

For those readers who follow the digital currency space closely, the name CryptoPineapple might spark a memory of another recent act of kindness from a pseudonymous member of the cryptocurrency community. In December 2017, as a wild bout of speculative mania was just about to reach its devastating climax, The Pineapple fund project was set up.

The fund involved the giving of 5,057 BTC to over 60 different charities. Those in receipt of donations included organisations dedicated to conservation, human rights, and psychedelic drug therapy.

The Pineapple Fund was announced via a Reddit post on December 14, 2017. The user referred to themselves simply as “Pine” and stated:

“My aims, goals, and motivations in life have nothing to do with … being the mega rich. So I’m doing something else: donating the majority of my bitcoins to charitable causes.”

By the time the BTC was donated the value had dropped from $86 million to $55 million, owing to the start of the spectacular and ongoing bear market surrounding digital assets.

As far as we are aware, the name similarity between the Bitcoin Pineapple Fund and CryptoPineapple’s loaded Ledger are purely coincidental.