Bitcoin Could be Forming a “Golden Cross” Pattern, Is the Next BTC Bull Run Imminent? 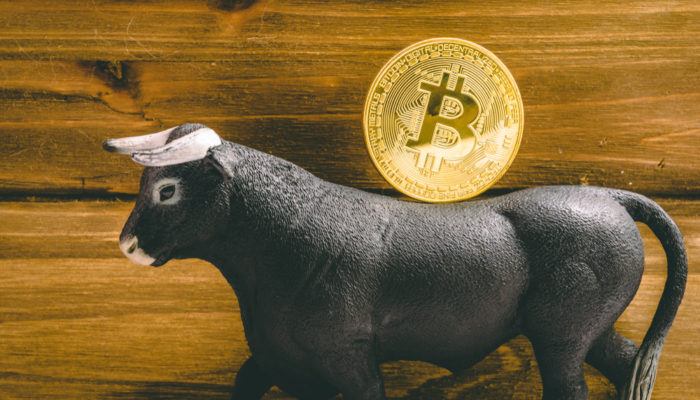 Bitcoin has been able to continue inching higher after dropping below $5,200 earlier today, and is now approaching $5,300, which appears to be a slight level of resistance for the cryptocurrency. BTC’s upwards ascent has continued to allow many major altcoins to surge, with many cryptos trading up over 2% today.

Although Bitcoin’s price is only tepidly advancing today, its large surge over the past few days has brought it closer to forming its first-ever 20-200-day simple moving average (SMA) crossover since October of 2015 – a formation that is typically proceeded by a massive price surge.

At the time of writing, Bitcoin is trading up over 1% at its current price of $5,280. Earlier today, BTC briefly dipped below $5,200, where it found some levels of buying support that pushed its price back towards $5,300.

It is important to note that over the past week, Bitcoin has been rejected at $5,300 on multiple occasions, signaling that this price is a level of resistance that may require a significant surge in buying pressure to be broken above.

The recent crypto market surge appears to have drastically shifted the overall market sentiment, as many investors who were previously looking to sell their crypto late last year are now looking to buy back in.

“We have seen a lot of interest in people buying and holding of late. In Q4 [2018] a lot of people were dumping assets and liquidating their holdings, that has definitely shifted this year,” Lennon Sweeting, the director and head trader at Coinsquare Capital Markets, explained while speaking to MarketWatch.

Famous Technical Formation May Signal that Bull Run is Imminent

Bitcoin’s recent price surge has brought its 20-day and 200-day SMA close to crossing each other, which is a slightly faster version of the highly bullish technical formation commonly referred to as a “golden cross.”

Jonny Moe, a popular cryptocurrency trader on Twitter, spoke about this crossover in a recent tweet, explaining that he does believe that there is a strong possibility that the bottom is in for the markets.

Moe further explained the significance of this recent technical formation in a later tweet, noting that the standard “golden cross” occurs when the 50-day SMA crosses the 200-day SMA, and that Bitcoin’s recent SMA cross is simply a “slightly faster version of the famous ‘golden cross.’”

“This is a slightly faster version of the famous ‘golden cross,’ which is typically a 50-200 cross. This is what that looks like. Still a ways away, but getting closer. This also took 2 bullish crosses before the full uptrend in 2015,” he noted.

If this formation – which has previously been highly bullish – still holds its clout as an indicator of an imminent bull run, then embattled crypto investors may soon be able to recover much of the losses that they have incurred over the past year.