58% of US Investors Would Invest in Bitcoin via ETF: Major Hedge Fund 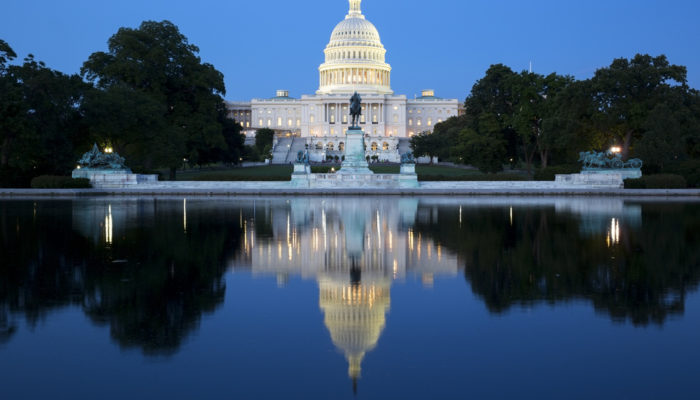 58% of American investors would prefer to invest in Bitcoin via an exchange-traded fund (ETF), a formal survey found.

Conducted by Bitwise Asset Management, a San Francisco-based crypto hedge fund, the survey saw participation from 150 financial advisors in the US market. When asked what would make them allocate Bitcoin in their client portfolios, 54% of them said “better regulations” and 35% said “the launch of an ETF.”

Bitcoin’s value dropped by three-quarters in 2018. The retail investors that fueled the rally of the digital currency fled during the crash, leaving behind early-adopters and traditional firms to protect its remaining value. Now, there is an adequate supply of discounted Bitcoins available in the market, but with inadequate takers.

Meanwhile, in the same bearish year in 2018, more high profile investors started bridging the gap between crypto and traditional finance. The relationship between the two distinctive industries improved when:

Such an institutional breakthrough could change the future course of Bitcoin, predicted financial experts from both mainstream and crypto space. A Bitcoin ETF, according to them, could serve as the stepping stone for a tropospheric crypto adoption among the mainstream investors.

“The answer is that ETFs are a well-understood construct that is plug-and-play with the existing software platforms, paperwork, processes, and workflows that professional investors and firms use,” wrote Bitwise in Anthony “Pomp” Pompliano’s Off the Chain newsletter. “At a 0.25%-10% allocation, crypto isn’t a deep focus of most investors, and most aren’t going to reinvent the wheel [just] to access it. They need it to be easy.”

The team at @BitwiseInvest dropped knowledge bombs in today’s free installment of Off The Chain newsletter.

Everything you need to know about crypto ETFs. Read it and learn ?https://t.co/SaMCVeLGbl

Pomp, also a founder and partner at Morgan Creek Digital, also said that a true capitulation would happen when a Bitcoin ETF will get approved or when crypto regulations will become more transparent.

“I think our target from August of 2018 has been $3000, we came close once already, so we may just actually go back there or somewhere close,” he told BlockTV. “Along with that, over a long period of time, I tend to think that some of the bigger numbers that are thrown out will likely be accurate.”

Now, the ETF applications of both VanEck and Bitwise remain under review at the Securities and Exchange Commission (SEC). The US securities regulator would likely announce its decision the VanEck’s Bitcoin ETF by February 27. However, the ongoing government shutdown led by President Trump has furloughed 94% of SEC staffers. Bitwise believed that the political situation could prompt SEC to delay its decision on VanEck’s Bitcoin ETF.

“The likelihood of giving the filing a complete review is in doubt,” the company wrote. “Bitwise’s own filing is complicated by the shutdown as well.”

In the same breath, Bitwise maintained its optimism, saying that political delays would not impact the growth of the crypto ecosystem.